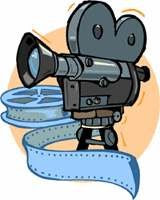 Pop Quiz: What smells like cheese, has the power to put thousands of people to sleep, and sucks an authors money faster than a vacuum cleaner? Answer: Book video trailers.

For those of you who have worked with me, you know that my primary concern is an author’s well-being. Well, lately I’ve watched a lot of authors pay hard-earned money to buy a video ad for their book thinking that it will ignite sales. But, nothing could be further from the truth. Here’s why…
We live in a video-oriented society, and videos can be powerful marketing tools. But, I’ve watched over 100 book trailers so far, and over 95% were really awful! Too many authors are getting videos made by amateurs who lack credentials and a professional background. Worse, there’s no creativity, art, and excitement put into the video for the viewer to enjoy.
Instead, the average trailer consists of a camera panning across a bunch of boring still-shots, usually the book’s cover. Meanwhile, sappy music plays in the background, and a lame narrator gives a boring description of the book. Other bad book trailers include lifeless interviews with authors droning about their reasons for writing.
How are these videos supposed to motivate me to buy a book? How did these authors think this was a good idea? There’s no value in the video for the reader. It’s just a boring commercial that makes me feel embarrassed for the author.
The reason why everyone’s talking about book trailers is simply because it’s the new fad. Authors compare themselves to others and think they’re cool if they have a video. Likewise, many authors would rather spend their money making cheesy videos, instead of getting out and interacting with their audience to actually sell some books.
Here’s the reality about book trailers:
1. There is no conclusive evidence that shows video trailers motivate people to buy books. The video production companies will claim that they’re revolutionizing the world. But, they’re mostly just churning out useless eye-candy that doesn’t deliver.
2. A book video is supposed to act like a TV commercial that builds hype for a movie. So, ask yourself this: When does a lame movie commercial on TV ever motivate me to go to the theater? Never. Likewise, a bad video trailer isn’t going to motivate anyone to buy your book.
If you want to see examples of really good book trailers, check these out:
Click here for a top-notch non-fiction book trailer.

Let me be clear: There’s nothing wrong with book trailers if they’re done right. But, the lesson to authors is that if you can’t afford to do it right, then don’t do it at all. Otherwise, spend your money in wiser ways.