Here’s an interesting report from Judith Rosen at Publishers Weekly:
E-books and e-readers may be making headlines off campus, but a new study by OnCampus Research, a division of the National Association of College Stores, reaffirmed last fall’s OnCampus Student Watch study that 74% of college students prefer print. According to the study taken by 627 college students earlier this month, only 13% purchased an e-book within the past three months. And just over half, or 56%, did so because it was required for class.
“It seems like the death of the printed book, at least on campus, has been greatly exaggerated, and that dedicated e-readers have a way to go before they catch on with this demographic,” says Elizabeth Riddle, manager of OnCampus Research. “The college-age market is definitely a growth opportunity for companies providing digital education products.”

Nor did dedicated e-readers fare significantly better on campus. Only 8% of college students own a dedicated e-reading device, and 59% of students who don’t own a device have no plans to purchase one anytime soon, i.e. within the next three months. Of those who did buy an e-book, the overwhelming majority, approximately 77%, read it on a laptop or Netbook. Currently the iPhone is the e-reader of choice with 23.9%, followed by the Nook at 21.6%. Nearly 15.7% read on the Kindle DX and the same number use the Kindle 3. Although 26% expressed interest in purchasing an iPad, only 13.7% own one, roughly the same percentage as the Sony Pocket reader.

My take: The moral of the story is that just because an idea seems hip and cool, it doesn’t mean the hip and cool kids will necessarily adopt that idea. Remember how the “experts” last century predicted that we’d all have jet packs and flying cars by now.

Most people, young and old, are pragmatic-minded, and there has to be real value involved to make a significant change in the way you process important information, such as passing a critical college exam or transferring important business knowledge. People make decisions based on what they deem is in their rational self-interest. If you’re an author or business leader trying to market your message, never forget this truth. 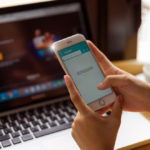