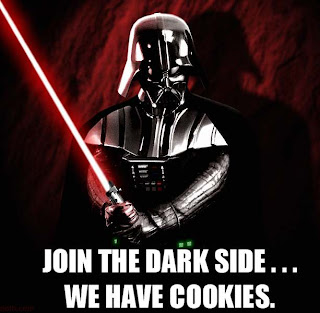 When you visit the Facebook page or Twitter account of an author or organization and see 50,000 friends or followers listed, does it cause you to feel jealous? Envy can be a normal response when you see someone else’s social media page displaying a huge amount of supporters. However, don’t let envy lead you astray. Sometimes, those numbers aren’t necessarily what they seem. In some cases, there’s a dark side to social media at work.

For example, did you know there are easy ways for people to fake the size of their Facebook and Twitter followers? On eBay and other websites, you can literally purchase 5,000 Facebook “Likes” or Twitter “followers” for only $19.99. Questionable companies offer this service by creating thousands of phony social media accounts and linking them to the purchaser’s pages. A few legitimate followers are added into the mix to disguise the trick. But, on the surface, many people would never know the difference. It’s like plastic surgery for your social media profile.

In addition, some Twitter gurus recommend boosting your social media numbers by trading followers with everyone else around you. For example, you agree to follow someone in return for them following you. The more you ask, the more you get. In reality, no one is really following each other. They’re just simultaneously driving up their numbers. Besides, how can you follow 15,000 other people at the same time? Nobody has that kind of time in their day.

Why do I tell you this? Obviously, I’m not condoning or recommending that you fake your social media numbers. Instead, I’m telling you this information so that you don’t get blinded with Facebook or Twitter envy. Just because someone else displays a huge following doesn’t mean their audience is active and engaged. When it comes to social media, you want quality more than quantity. I’d rather have 100 engaged followers, rather than a 1,000 disinterested people.

There are numerous ways to build your social media platform and maintain your integrity. Provide value on a frequent basis and you will attract more followers. You can do this through offering tips, articles, jokes, video clips, contests, product samples, exclusive discounts, etc. People will follow you on Facebook and Twitter if you give them a reason to follow you. Don’t sell your soul to dark side of social media. Posers are always eventually exposed. A large social media following is obtained best by using old-fashioned methods…earn people’s trust.