At the beginning of this year, Facebook made a change to their algorithm that significantly decreased the reach of a typical post.  For instance, if you had 1,000 fans, less than 200 would actually see your posts.

Last week, Facebook announced that they will kick off 2015 with an even tighter squeeze on promotional posts that marketers send to their fans. In other words, if you want a promotional post to reach all of your fans, you’ve got to buy a Facebook ad in order to reach them. What was highway robbery has now turned to brash money-grabbing. Yet, Facebook can dictate the rules because they’ve amassed over 1 billion users and their stock price is at a high point.

Facebook’s reasoning behind this change is that users were complaining about seeing too many irrelevant promotional posts, such as advertisements for a mobile app or a television show. Facebook says, “According to people we surveyed, there are some consistent traits that make organic posts feel too promotional:

An article in the New York Times said this:

“The change to the news feed is the latest blow to businesses that try to reach customers through their Facebook pages.”

“Now, when a brand publishes something to Facebook, 2 to 8 percent of its fans see it, according to outside estimates.”

What does this change mean for you?

1. If you’ve viewed Facebook as a free source of advertising for your message or products, get prepared to get out your wallet. Facebook may have started out as social platform that was free for everyone to use, but it is no longer free if you want to reach a wide audience.

2. If you’re an individual, such as an author or a speaker, the short-term effect may not be substantial. As long as you post quality content that fans enjoy, such as pictures, videos, free articles, and personal updates, your overall reach should stay the same as you currently experience.

On the other hand, if you’re a company or a non-profit organization, you may get backed into a corner. You could be forced to buy more advertisements or pay to promote your posts in order to reach your intended audience of fans.

The long-term effect in the next 12 – 18 months could get worse. If Facebook continues to watch their advertising revenue increase, they’ll continue to see how much the market can bear.

My advice is this: Focus on maximizing other marketing channels where you control the platform, such as email, print newsletters, event appearances, teleconferences, webcasts, etc.  The danger with Facebook is that they constantly change their algorithm, and they are driven by their own best interests. Currently, their interest is in getting more of your money. 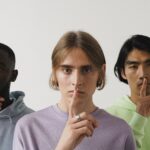 Is there really such a thing as an “Amazon bestseller”? Rob Eagar explains how authors making false claims about their books is a disservice to readers…