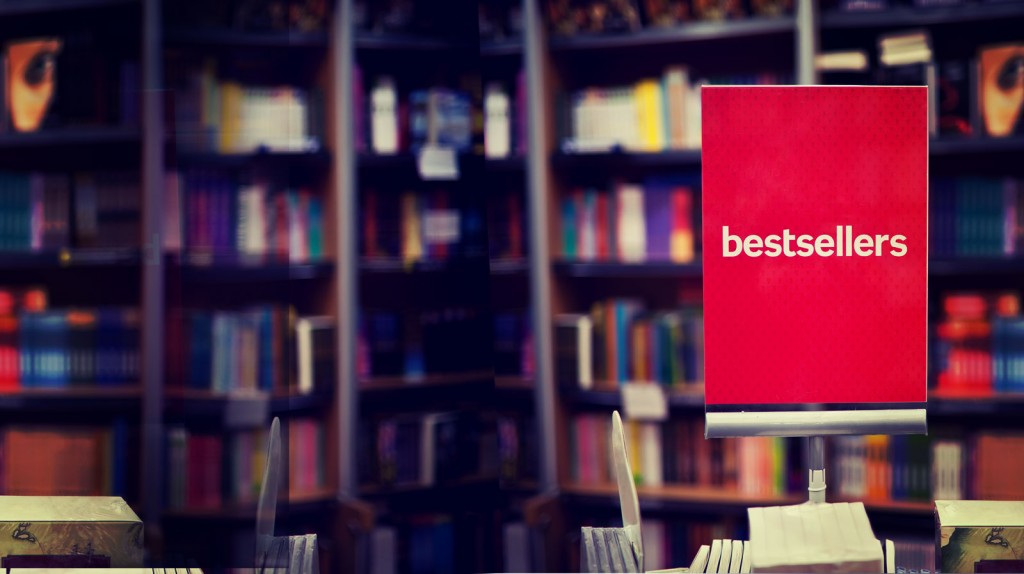 Did you hear the shocking news?

The USA Today newspaper announced that its weekly book bestseller list has been suspended and will go on “hiatus for the remainder of the year.”

The move was initiated by the newspaper’s parent company, Gannett, who laid off many workers, including the presiding editor of the Books section and the bestseller list.

USA Today claims that their bestseller list will return at some point in 2023. Yet, seeing one of the three top bestseller lists temporarily vanish begs an existential question that affects every author:

What if ALL of the bestseller lists disappeared?

At first glance, the disappearance of bestseller lists might seem like the ultimate tragedy for writers. How would people know which books were popular? How would authors, agents, and publishers satisfy their egos to be known as the best of the best? Personally, I enjoy reviewing the bestseller lists on a weekly basis to understand what books are resonating within the culture.

Yet, I could also argue that the loss of bestseller lists might be a good thing. Before you call me a literary heretic, let me explain what I mean.

1. More authors might stop putting the cart before the horse

I’ve coached over 1,000 authors, and I’ve met a lot of writers who only wanted to hit a bestseller list, rather than build an audience. However, that mindset is akin to the proverbial “putting the cart before the horse.”

Yet, some authors ignore this approach or seek shortcuts. They don’t want to put in the time and work that it takes to build a large, long-lasting audience. They just want to write a book and hit a list.

Thus, if all the bestseller lists disappeared, it might actually help authors sell more books.

Another way that life without the bestseller lists could benefit authors is by eschewing a short-term outlook to embrace a long-term mentality. In other words, bestseller lists tend to make authors and publishers emphasize the importance of achieving quick sales over a few weeks, rather sustained sales over several months or years. But, this short-term emphasis reflects a shortsighted error.

Did you know it’s possible to hit any of the top bestseller lists by only selling around 10,000 total copies? Yet, that low amount of sales will hardly pay a writer’s bills or create a substantial amount of income.

In reality, it’s possible to hit the bestseller lists and still go broke.

Thus, the disappearance of bestseller lists would encourage authors to think long-term about selling more copies over an extended period of time. Instead of trying to sell a few thousand copies to hit a short-term list, authors would set goals to sell thousands or millions of copies over several years. Which approach do you think would bring the greater benefit?

3. More authors might stop trying to “game the system”

Were you aware that politicians have used campaign donations illegally to buy thousands of copies of their own books in order to hit the bestseller lists?

Did you know that pastors have been caught using church budget money to buy their books in order to become bestsellers?

Have you seen authors claim to be a “#1 Amazon bestseller” even though that title is meaningless?

The frequency of cheating and unethical behavior within publishing has seemingly reached epidemic proportions. There is a subculture of authors, publicity agencies, and charlatans dedicated to gaming the system in order to hit the bestseller lists.

Frankly, I’m sick of this behavior. All it does is erode the public’s trust in the publishing industry. How can readers take us seriously when we make false claims or conduct nefarious marketing campaigns behind the scenes?

Every author loses when the credibility of the publishing industry is weakened. Wouldn’t it be crazy if the disappearance of bestseller lists made publishing become ethical?

Do I think all bestseller lists will disappear? Of course not.

As fallen human beings, we have too great of a need to compare ourselves to one another. It’s a vice that began since the dawn of mankind. Thus, there will always be a need for bestseller lists. If the USA Today list never returns, another one will take its place.

But, last week’s news presents a unique time for authors to reflect and ask ourselves, “Why do we write books?”

Do we write just to hit a bestseller list? Or, do we write to give the best of ourselves to society?