In 2014, America was swept by a movement called the Ice Bucket Challenge. You may remember people posting videos of pouring ice-cold water over their head and then challenging their friends to do the same. Thousands of people participated and the movement went viral gaining national attention. The purpose of the Ice Bucket Challenge was to raise awareness and money for curing ALS, which is a fatal disease known as “amyotrophic lateral sclerosis.”

Since people started dumping cold water on their heads, over $100 million has been raised and researchers recently announced a major breakthrough by discovering the NEK-1 gene, which is a contributing factor to ALS. The movement was a huge success, primarily because people were led to focus on an activity and a cause, rather than focus on giving money. Not surprisingly, the money came anyway.

There is an obvious fund-raising lesson for non-profits to learn from this example. Yet, there is also a major marketing lesson for authors and publishers to learn as well. If you want to sell more copies of a self-help, non-fiction, book, employ this tactic:

Attach your book to a movement,
and market the movement rather than your book.

Merriam-Webster defines a movement as “an organized effort to promote or attain an end, such as the civil rights movement.” If you want to connect your book to a movement, ask these questions:

When you shift people’s attention away from buying your book and focus on building a movement, you actually INCREASE people’s interest to buy your book. It’s easier to gain peoples’ attention when you don’t come across as a salesman peddling wares. Shift from marketing your book to marketing a movement that improves peoples’ lives. This approach helps people view you as an ally, rather than someone begging for book sales. To employ this approach, take these six steps:

Below are several examples of New York Times bestselling non-fiction books connected to a successful movement:

Title: The Purpose-Driven Life
Movement: End the concern, “Does my life really matter?”

Title: What to Expect When You’re Expecting
Movement: End a mother’s fear and confusion during pregnancy

Title: Made to Crave
Movement: End a woman’s unhealthy dependence on food

Title: Boundaries
Movement: End the fear of saying no to other people

Title: What Color Is Your Parachute?
Movement: Empower job-hunters to find their dream career

If you publish self-help non-fiction and want to increase book sales, don’t market the book. Instead, create a movement and market the movement. Then, offer the book as the guide to the movement. People will view you as a helpful ally to trust, rather than an annoying salesman to ignore. When people believe in your desire to help them, their desire to purchase becomes a natural occurrence. 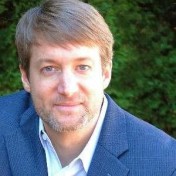 Rob Eagar is the founder of WildFire Marketing, a consulting practice that helps authors and publishers sell more books and spread their message like wildfire. He is one of the rare consultants to help both fiction and nonfiction books hit the New York Times bestsellers list. Rob has consulted with numerous publishers and trained over 800 authors. He is the creator of The Author's Guide Series, a comprehensive collection of resources that teaches authors how to sell more books. Find out more at: WildFire Marketing and follow Rob on Twitter. 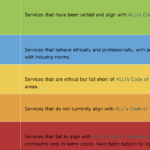 Millions of people are pursuing their author dreams. But, that mean scammers are looking to take advantage of the unsuspecting. Find out how to identify and avoid the dark side of publishing…