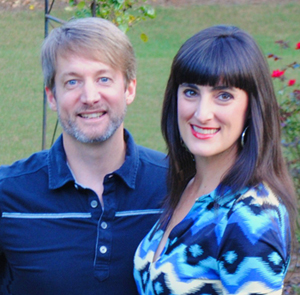 In my family, my beautiful wife is known as “Ashley the Wonderful.” I’ll be the first to admit that I’m a lucky man who totally out-kicked his coverage. However, most people don’t know that the first time I asked Ashley for a date, she said “no.” After that initial rejection, I remember seeing her in the parking lot of our local church and walking the other direction out of spite. Little did I know that she had declined my date due to a minor miscommunication that got blown out of proportion. Two years later, we bumped into each other again, hit it off, and the rest is history. That’s when I first learned the principle that “no” usually doesn’t mean “no.” Instead, it means “not now.”

When I launched WildFire Marketing in 2007, business was tough, and I wound up in a position where I was down to my last realistic prospect. I remember telling Ashley, “If this company says no, I’m all out of options. I don’t know how we’ll pay our bills.” That company said no, and I had to completely reboot my consulting practice. But, I pressed on, adjusted my strategy, and didn’t give up. As of today, that company who initially told me no is one of my largest clients and has paid me over $86,000 in consulting and referral fees. When they said “no,” they just meant “not now.”

Many of you have read my book, Sell Your Book Like Wildfire, which was published by Writer’s Digest in 2012. You may not know that Writer’s Digest, along with 10 other publishers, initially rejected my book proposal. If I had given up back then, my book wouldn’t exist today. But, I viewed “no” as meaning “not now.” So, I continued looking for new options to get published.

One day, I read an article online by the head publisher of Writer’s Digest who talked about the growing importance of author marketing. I contacted the company, asked the receptionist for the publisher’s email address, sent a friendly message complimenting his article, and struck up a relationship. Soon after, I mentioned that I had written a book proposal all about author marketing. He asked to read my proposal and approved it 30 days later. When Writer’s Digest first said “no,” they just meant “not now.”

If you want to be successful in marketing, or any other endeavor for that matter, remember this principle. When someone says “no,” they usually don’t mean “no” forever. They’re just saying that the current time isn’t right, they’ve got higher priorities to attend first, or your skills aren’t at their required level yet. But, all of these conditions can change, so stay persistent.

“Don’t take no for an answer” doesn’t mean you should ignore reality or act overly obstinate. It’s a fact of life that setbacks will occur. But, those setbacks do not have to be permanent. If you remain determined, look for new opportunities, and continue to grow your skills, then the word “no” can soon turn into a “yes.”

When have you recently been told “no?” What will you do to turn it into “not now?” 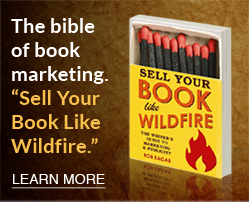 Speaking of my book, if you’re an author who hasn’t read Sell Your Book Like Wildfire, you’re missing a huge opportunity to dramatically improve your author marketing skills.

It’s considered the bible of book marketing and used by thousands of authors and numerous publishers across America.

Purchase your copy today. I won’t tell you “no.”