I hope the title of this email got your attention, because I want your attention for a moment. I’m really ticked off with Facebook and you should be, too. Here’s why…

The Facebook Principles page, the first sentence states: “We are building Facebook to make the world more open and transparent, which we believe will create greater understanding and connection.” Further down the same page, it says, “People should have the freedom to access all of the information made available to them by others.” Sounds great, doesn’t it? I feel so warm and fuzzy, let’s all gather and sing “kumbaya.”

However, the truth is that Facebook doesn’t abide by their own principles. Instead, they purposely “throttle” what you post, which means they choke off your ability to send bonafide friends and “likers” important posts and updates. Facebook’s throttling process kicked into high gear on January 1st as a ploy increase advertising revenue. They are desperate to make money, even if it means ignoring their own principles and manipulating their own users.

Several of my consulting clients have experienced this problem first-hand. For instance, I’m working with a well-known author who is conducting a free video chat for people to personally ask him their pressing relationship questions. That sounds like a cool online event, right? It’s free. It’s helpful. It’s benefitting other people.

Facebook prevents my client’s audience from seeing his information. Yet, these are people who have requested to receive his updates! They want to see posts from this author. 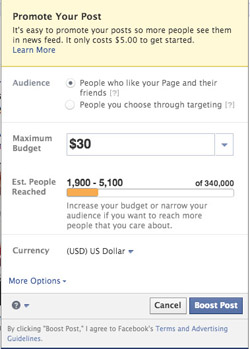 According to Facebook’s guiding principles stated above, “People should have the freedom to access ALL of the information made available to them by others.” In other words, people who want to know about my client’s event should be able to hear about it. But, there’s only one way he can make sure ALL of his Facebook followers find out about his event. He has to click on the button that says, “Promote This Post and pay Facebook to tell everyone. This feels like highway robbery.

Facebook needs to stop this deceitful behavior. How will they stop? When users like you and I refuse to pay money to “Promote a Post.” Giving Facebook money to promote posts to people you already know condones the company’s stupid behavior.

It would be better if Facebook simply made sure that every person who wants to receive a post gets it without any extra payments needed. Until that happens, we’ll have to call Facebook by its real name…Fakebook.