When Amazon formalized a simple way for ordinary customers to review the books they purchase, the publishing industry was suddenly turned upside down. No longer did the stodgy literary reviewers, such as the New York Times or Publishers Weekly, hold sway over popular opinion. Now, the common man can exert just as much influence over the public’s book buying decisions – simply by posting a five-star or one-star review on Amazon.

For example, when someone recommends a book to me, I typically search for that book on Amazon and read through several of the reviews. Based on those comments, I tend to form an opinion as to whether or not I want to purchase. If I read a majority of positive reviews that are thoughtfully written, I’ll probably decide to buy. Ironically, I may not actually buy the book on Amazon. Instead, I may get a copy the same day at my local bookstore. Yet, those Amazon reviews are usually the first place I go to start my purchasing process, and they can provide the motivation within me to buy. In contrast, if I read enough negative reviews on Amazon from people saying that a book is a waste of time and money, then I’ll probably pass on that title. Thus, that author misses a sale from me.

The power of customer reviews on Amazon has become a big factor over people’s buying decisions. And, Amazon’s review system is more robust and influential than any other retailer. So, as an author, you cannot afford to ignore the persuasive force that’s in play. That’s why I recommend monitoring your Amazon book reviews and staying on top of the public’s feedback. If you disregard what people say, you could needlessly lose a lot of book sales.

However, reading through your book reviews can be like listening to someone critique your newborn baby. It’s easy to get emotionally involved when other people discuss something so personal. To help ease your soul, keep these points in mind when looking over your book’s feedback on Amazon:

1. Focus on quantity over quality.
When it comes to Amazon customer reviews for your book, keep in mind that quantity trumps quality, regardless if most reviews are positive or negative. Why? Your book is better off when lots of people are talking about it, even if their feedback isn’t all positive. A big, loud discussion is better for generating public interest than a quiet, civilized discussion that no one ever hears. An author’s worst enemy isn’t negativity or piracy, it’s obscurity. If only a few people are reviewing your book on Amazon, then you’ve got a bigger problem than a few people giving you bad reviews.

For example, I’d much rather see over 100 Amazon reviews of my book with equally mixed opinions, rather than only getting 5 – 10 total reviews who all say it’s great. When the conversation is that small, book shoppers tend to feel that there’s nothing interesting about your book. In contrast, some negative feedback can actually stoke stronger interest and generate more sales for your title.

Therefore, if you want Amazon customer reviews to benefit your book, try to garner as many as possible. The best way to achieve this goal is by obviously writing a great book. High quality work ultimately stimulates the most feedback. That’s why the quality of your writing still matters immensely to your book’s success. If you churn out a boring, uninspired manuscript without solid research and editing, you will pay a price in the court of public opinion.

Having said that, it’s okay to ask your friends and fans to support you by posting positive reviews on Amazon (as well as other sites, such as B&N.com, GoodReads, LibraryThing, FaceBook, Twitter, etc.) For instance, if you find that your book is struggling to get many reviews, here are some active steps you can take to address the issue.

If you try these steps, but still can’t amass more than 10 – 30 reviews, then your book may be the actual problem. Either it’s not selling enough to generate positive reaction. Or, your content is so boring that it fails to ignite people’s desire to give feedback. A small amount of book reviews usually means a small amount of book sales.

2. Ask for help if you get antagonistic reviews
There may be times when you receive several really harsh reviews about your book. This is common occurrence for most authors. Instead of stewing about it, though, don’t be afraid to ask your fans to assist with the problem. For instance, I know a distinguished author who received a slate of negative reviews because a group of people were jealous of his success. They immaturely took out their frustration on him by trashing his books on Amazon with angry, ridiculous comments. This author wisely countered the situation by sending an email to his fans that politely explained the situation and asked for their help. Within a few days, he had received enough positive reviews to drown out the antagonistic party.

I’m not advocating that you fixate over what’s said about their work. However, Amazon customer reviews can carry so much weight that you may need to wage an occasional “war of words” to protect the public opinion of your book.

3. Don’t allow negative reviews to control you
If someone posts a negative review about your book, keep things in the proper perspective. None of the books that we write are so earth-shattering that they should be considered sacred or untouchable. Stay open to constructive criticism that can help you improve as a writer. For instance, there’s a biblical proverb that says, “Plans go wrong for lack of advice, but many advisers bring success.” Therefore, keep your ego in check as you monitor the feedback about your books.

Also, make it a point to discount most unsolicited feedback. Don’t let random comments get embedded in your psyche. Instead, pay attention to feedback from people whom you trust and those professionals who’ve walked the path ahead of you. Most unsolicited feedback usually comes from someone with an agenda. That person has an axe to grind, and they’ve decided to take it out on you. There’s nothing you can do to prevent it.

Instead, one of the healthiest steps that an author can take is to adopt the mindset of letting ridiculous comments roll off you like water rolling off a duck’s back. Yes, it’s that simple. You are not indebted to give everyone your emotional or mental energy, especially when they don’t deserve it. You can either ignore them, or firmly tell them to back off.

Likewise, just because someone may not like your book doesn’t mean that you’re a bad person with no potential as a writer. That’s hogwash. If an Amazon review affects your self-esteem, consider getting into counseling or getting out of publishing, because criticism is part of life as an author. 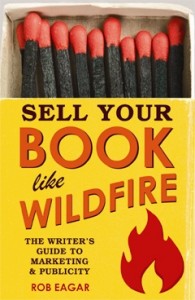 To learn more about the promotional power of Amazon, read Chapter 8 – “How to Use Amazon to Sell More Books” in Sell Your Book Like Wildfire.