A few months ago, I expressed my frustration with Facebook’s unethical business practices and inability to follow their own guiding principles. But, I don’t have a megaphone big enough to get Mark Zuckerberg’s ear. Fortunately, the media industry has released new reports showing Facebook as the fraud that it really is.

Last week, the Wall Street Journal reported how Social Media Fails to Live Up to Early Marketing Hype. Their article highlights a recent Gallup Poll, which stated the Myth of Social Media:

“62% of the 18,000 U.S. consumers surveyed said social media had NO influence on their buying decisions.” (see graphic)

In addition, the WSJ said, “More recently, changes in how Facebook manages users’ news feeds have hindered brands’ ability to reach their fans. The result: Brands reached 6.5% of their fans with Facebook posts in March, 2013 down from 16% in February 2012, according to EdgeRank Checker.”

“Between May 2013 and last month, the top 10 brands on the social network saw engagement plunge by an average of 40 percent. Top brands whose engagement declined include Disney (down 21.43 percent), Starbucks (down 29.43 percent) and Audi USA (down a stunning 94.77 percent). This is despite the fact the all of the top 10 brands are generating far more posts to reach their audience. With that in mind, the engagement numbers actually look even worse, the study shows.”

The bottom line is that Facebook has a fatal marketing flaw.  People don’t use it to buy stuff and they don’t like looking at advertising. Authors, publishers, and non-profits need to stop kidding themselves and realize that Facebook isn’t the golden egg like it claims to be. Facebook is a social channel, not a promotional channel.

Instead, individuals and organizations need to concentrate on what works, which is building a high-quality email list and sending effective email campaigns. You may recall the recent study by McKinsey showing that email is 40 times more effective at acquiring customers than all social media combined.

The problem is that a lot of people jumped on the Facebook bandwagon and let their email programs deteriorate. But, the facts don’t lie. Email is a much better bet than social media. However, in order to be successful with email, you’ve got to be great in three areas:

1. Give people a reason to give you their email address.
2. Create email campaigns that people want to open and read.
3. Provide helpful content and product promotions that people will click on and engage.

I talk about the power of email newsletters in Chapter 13 of my book, Sell Your Book Like Wildfire.  One of my client projects involves managing the Boundaries weekly email that averages a 40% open rate and an 8% click-through rate, which is more than double the industry average. So, I know how to practice what I preach.

Rob Eagar is the founder of WildFire Marketing, a consulting practice that helps authors and publishers sell more books and spread their message like wildfire. He is one of the rare consultants to help both fiction and nonfiction books hit the New York Times bestsellers list. Rob has consulted with numerous publishers and trained over 800 authors. He is the creator of The Author's Guide Series, a comprehensive collection of resources that teaches authors how to sell more books. Find out more at: WildFire Marketing and follow Rob on Twitter. 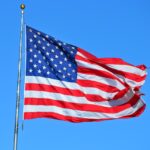 If you cherish the right to free speech as an author, then recent attacks on American democracy demand that you respond. Rob Eagar explains what’s at stake…